Origin of the press release 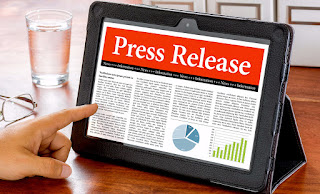 The history of the press release dates back to 1906 and was  created by Ivy Lee - a seminal figure in PR history. Lee’s agency was working with the Pennsylvania Railroad, in the USA at the time of the 1906 Atlantic City train wreck.

The New York Times was said to have been so impressed by Lee’s release that the newspaper printed it exactly as Lee had written it.

Ivy Lee and the company collaborated to issue the first press release directly to journalists, before other versions of the story, or suppositions, could be spread among them and reported.

He used a press release, in addition to
inviting journalists and photographers to the scene as a means of fostering open communication with the media.