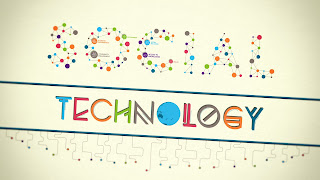 Most people seem to first think of social technologies as tools used for external
marketing and advertising, when the truth is the volume of usage is probably more internal to
organizations.

The majority of case studies and stories in the traditional press concern businesses
that are driving revenue and relationships with customers through Facebook, blogs, Instagram or Twitter.

If
we could see the overall use of social tools on some kind of color-coded infographic, where one
color was front-end marketing and networking applications and the other color was internal use,
we might be surprised at what we’d see.

This is much like the area of computer security where outside hackers get most of the
press, when it’s actually the internal security breaches that far outweigh attacks from outside.

We spend more time communicating with the people we work with when compared to people
outside the organization.

This is an important distinction. You need to be aware that if you’re
managing a team involved in the organization’s back office, you still have many valuable uses
for social tech tools.

So that leads us to a discussion of another high-value area for using social
tools and that’s their application within virtual teams.

There’s been a quiet shift in how many people perform their jobs over the last 20 years
or so. We’re moving away from the model where the majority of knowledge workers reported to
one location and worked with a team of people in the same building.

We’re moving toward a
model where more people are working from their homes, remote offices, or contracting out their
services as freelancers.

Even within large organizations with lots of people and many buildings,
we see the formation of teams that cross geography so people aren’t physically working with
others on their team.

Although there are economic and business reasons why this change in work structure
makes sense, the catalyst is technology. The Internet provided the first leap forward because it allowed people to connect to corporate servers more easily, so working from home was a step
simpler.

E-mail became common and this provided a free, efficient way for people to
communicate across the hall or around the world. Then new Web-based communication tools
like instant messaging and Skype went a step further and allowed people to communicate over
distance as if someone were sitting next to them— again, for free.
Posted by Media Accent Nigeria at 10/25/2018 07:35:00 am No comments: 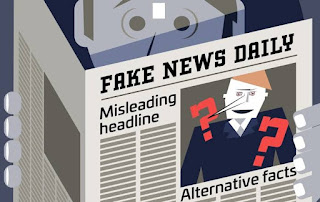 These days the  term “fake news” is used more often - from the White House, newsrooms and social media feeds across the globe.

Even though this   phenomenon is clearly on the mind of consumers, there are  misconceptions about what fake news really is - and what it implies public relations (PR) for communicators.

Information experts, who woukd be sharing their thoughts at, “Fact or Fiction: The 2018 FakeNews Virtual Summit” want to shed some  light on the issue.

-News mediums have careful procedures to vet sources—and communicators and audiences should be aware of them.

-By being proactive in  responding  to social media rumors, you can keep them from hurting your brand’s image and reputation.

-Also understanding what drives audiences to trust a source is crucial to combatting fake news. 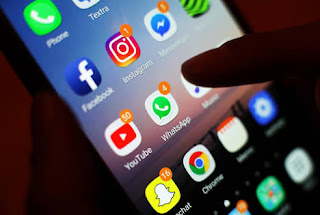 As with any skill, some people will excel at being a content provider and surrogate voice for the organization.

These social stars will develop an innate sense for the recipe of information your constituents want to hear and the tone of voice that's perfect for representing your organization.

This is a new and valuable skill that must be nurtured. It's a good idea to keep your eyes open for the people who might have the right combination of skills to become social stars.

Typically, you’ll find that this person must have a combination of industry knowledge, the ability to write well, empathy for your constituents, and a good sense of what content will be interesting and valuable. This person will combine all of this with a clear understanding of how
social tools work.

This can result in a growing network of people connected to your information channels.
Once you’ve found a social star, it’s important to leverage his or her talents quickly and deeply because every constituent he or she helps connect to the organization is a potential new
customer.

The thing that excites social stars the most is being able to nurture online relationships with many people. What they want and what the organization needs are usually the same thing—a large audience participating in the conversation.
Posted by Media Accent Nigeria at 8/05/2018 06:38:00 pm No comments: 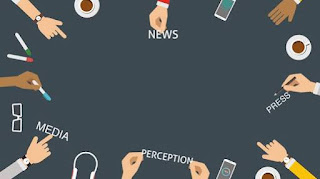 The Public Relations field could be split into different areas of specialties.

Writing and editing: This is a crucial skill in public relations. Accordingly, every PR professional,  must learn not only to appreciate good writing. He or she should also possess good writing and editing skills, as written messages serve as a primary means through which messages are disseminated across media outlets.


Media relations: The mass media, comprising:  print, online and electronic mediums serve as channels through which PR professionals communicate with
the public.

Herein, underlines the need for Public Relations practitioners to nurture
cordial relations with mass media organizations - as well as other key
personnel in such organisations. These comprise: editors, reporters and columnists.


Research: Public relations problems are not solved through guess work, rather they are solved via methodic process.  PR professionals conduct   formal and extensive research - with a view to  obtaining adequate  information that would be instrumental to planning.

Management and administration: PR professionals partake in management work, as  Public relations serves as a distinct management function which promotes mutual lines of communication between an organisation and its publics.

Corporate counselling: Under this segment of Public relations,  practitioners offer counselling to management on matters related to their  organisation's relationships
with their various publics.

Organising special events: The planning and staging of events, such as:  trade
fairs, trade exhibitions, press conferences, fashion shows, factory tours and AGMs among others -  is part of work public relations practitioners do. This forms part of the skills set - imparted into them in their course of study.

Speaking: This serves as a potent
tool in public relations and a great way for organisations to communicate  key messages while connecting with their target audience in an engaging manner.

In a bid represent their organisations, PR practitioners do engage in public speaking assignments of different kinds for different publics at various  events.


Crisis Communication: A very special type of work that PR practitioners do is helping their organisations to resolve crisis whenever they occur. PR practitioners achieve  this primarily, by managing the flow of information between the organisation and the public, via the mass media, and by advising management on what to do and how to go about  it. This is with a view to ensure such situations do not spiral out of control.
Posted by Media Accent Nigeria at 8/03/2018 08:22:00 am No comments: