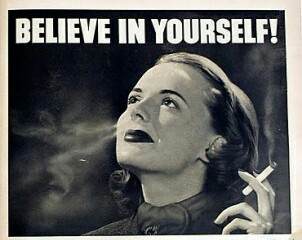 The earliest publicity stunt in PR (Public Relations) history occurred in the 1920s. At that period it was a taboo for women to smoke outdoors. At that time, a cigarette brand Lucky Strike cigarettes, was seeking to aggressively grow its customer base - and this included women.
Consequently, the cigarette maker engaged the services of a seminal figure in Public Relarions history, Edward Bernays.
As part of his strategy to break the taboo, Bernay's orchestrated a now-legendary publicity stunt by convincing women
to smoke at the Easter parade in Manhattan as a statement of rebellion against the norms of a male-dominated society.
The demonstrators were not aware that a tobacco company was behind the publicity
stunt. Bernays dubbed his PR campaign the: “Torches of Liberty Contingent”
Publicity photos of these beautiful fashion models smoking “Torches of Liberty” were sent to various media outlets and appeared worldwide. As a result, the taboo was dissolved and many women were led to associate the act of smoking with female liberation. Some women went so far as to demand membership in all-male smoking clubs, a highly controversial act at the time.
For his work, Bernays was paid a tidy sum by George Washington Hill, president of the American Tobacco
Company.
Bernays was the profession’s first theorist. He drew many of his ideas from Sigmund
Freud’s theories about the irrational, unconscious motives that shape human behaviour.
Bernays authored several books, including Crystallizing Public Opinion (1923), Propaganda (1928), and The
Engineering of Consent (1947).
He saw public relations as an “applied social science” that uses insights from psychology, sociology, and other disciplines to scientifically manage and manipulate the
thinking and behavior of an irrational and “herdlike” public.
Posted by Media Accent Nigeria at 5/06/2018 05:45:00 pm No comments: