The History of Public Relations in Nigeria 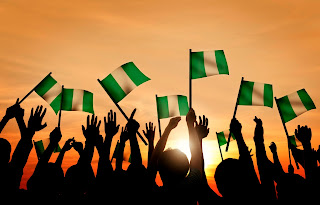 The history of PR, Public Relations in Nigeria dates back to the years which preceded the Second World War.

During this period  unfavourable policies of the  British Colonial Government had to a large extent strained relations between it and Nigerians.

This continued until 1943 during the Second World War, when the colonial government deemed it necessary to institute its own Public Relations practise - with a view to keep the public informed about developments at the warfront - since Nigerians had also been recruited  into the battle field.

Dubbed: War Information Office, the organization was also saddled with the responsibility of ensuring dissemination of favorable news  narratives about the colonial government and its policies.

To this end, it  employed  many Nigerians - most with journalistic background - as publicity officers.
Some notable officers included: Cyprian Ekwensi, Anthony Enahoro and the late Dr. Sam Epelle.

However, since there was strong opposition to colonial rule at the period, activities of the PR outfit, were viewed with distrust among Nigerians.

Subsequently, other government agencies, parastatals as well as the private sector, embraced the practise of Public Relations - as a means to manage the flow of information between their organizations and their publics.

In the public sector, they included:  the Electricity Corporation of Nigeria and Nigerian Railway Corporation.

This paved the way for the emergence of PR consultancy firms - which emerged in the 1960s.